As product creators, we have a lot of tools at our disposal. Tapping into raw human emotion is one of the most powerful of all. One of the emotions best used by games is aspiration.

Aspiration is an emotion that can produce incredible results. James Bond is a character that’s many people aspire to be. In the recent 007 flick Skyfall, there’s a scene that features our british masculine ideal getting a close shave by a beautiful woman. This one scene has increased sales of straight razors by 4x.

Nick Gibbens, The Shaving Shack’s Brand Director, believes Bond’s legendary style and iconic status have inspired men to try out a new method of wet shaving.
“Bond fans have an emotional attachment to 007, they love his Aston Martin cars, Omega watches and dinner suits. So it comes as no surprise that they have jumped on his love for cut throat razors.

There’s a huge opportunity in games to drive aspiration. You’re creating a fictional world and allowing other people to play inside it. It’s your job as a product creator to shape their feelings as they traverse the game experience. Products that drive aspiration have higher retention, better growth, and a stronger brand.

Creating aspiration is actually a brilliant psychological hack. It gets a person to set a lofty, innate goal for themselves. In the same way that entrepreneurs itch for world domination or artists yearn to change the way people view the world. People will then act irrationally and go to any length to meet that goal. Dan Pink talks about this intrinsic motivation in his book Drive, as not only a powerful motivator, but the best possible way for someone to stay excited and productive.

Products create aspiration in a few ways. It starts with communicating the ideal. Take a look at Pokémon:

Nintendo has a single priority in their marketing of Pokémon. They don’t just put any monsters on the front of their games. They put the most bad-ass, epic monsters the game has to offer. It’s building an aspiration towards the Pokémon ideal, assembling the coolest monster team possible.

Instagram does this too, albeit in more subtle ways. Their app screenshots are dedicated to showing you the mega-popular photographer you could be, with thousands of ♥s on your photos and just as many followers. They start with the ideal up front. 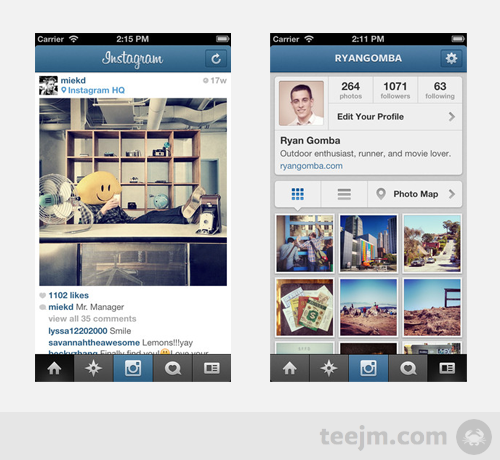 The next piece is dangling the ideal. The game World of Warcraft executes this brilliantly. Part of the core game loop requires visiting major hubs core to your faction. When you arrive, you’re instantly surrounded by people with better gear, cooler weapons, and exclusive mounts. 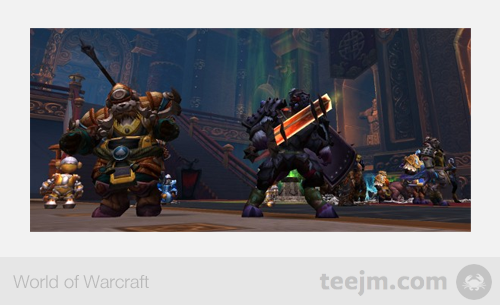 The game has strong signals of success and attaches them like headlights to your shoulders. When you’re walking through Orgrimmar, you’re literally bathed in the glow of other people’s victories, a strong reminder that you’re not the best yet.

The final piece is letting players live the ideal. The road to aspiration in any game has to end in the player hitting their goal. In Skyrim, the player starts by being told they are dragonborn and have a destiny to slay dragons. By the end of the game, they’re cutting through dragons like a hot knife through butter. The player was set up to fear and respect dragons and follows the path to become the ultimate dragon killing machine.

Consumer apps do this too. Letting people live the ideal is exactly what Uber does. When they were first written about, the service was described as an experience that makes you “feel like a rockstar”. For $30, you too can live the dream.

Aspiration is one of the strongest human emotions. It inspires us to greatness, puts men on the moon, and pushes humanity forward. With the right design, games can make people aspire too.

Retention is a tough topic. Every consumer app startup is concerned with it but no one really knows how to move it. Executing on retention can be brutal. You can try hundreds of different tricks, changes, tweaks, and pivots and still not... Continue →